How To Start A “Choose Your Own Adventure” Twitter Poll 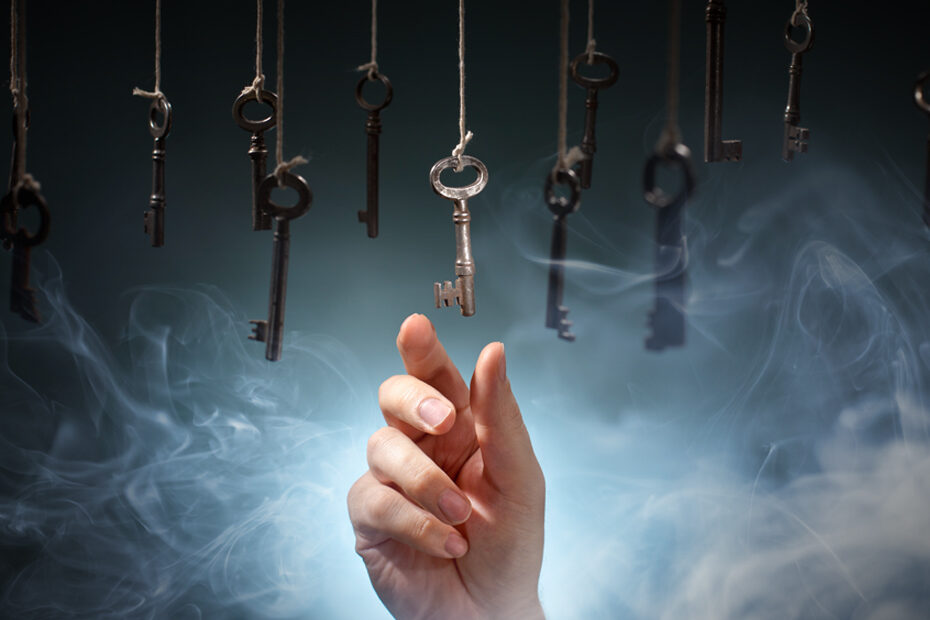 A couple of months ago, I was thinking about those old school “Choose Your Own Adventure” books I used to love as a kid. I somehow always made the choices that killed my character instantly, but I loved trying again for a better ending. Those things kept me occupied for hours. There was just something magical about them.

Then, I realized that the same format could be replicated using Twitter’s poll tweet function. So I thought I’d try out a little experiment. Without thinking too much, I went ahead and tweeted a hook with four options to advance the story. The response and result were more than I could have hoped for! I’d highly recommend it to any game master looking to sharpen their skills or get out of a funk. Here’s why…

Why Start A “Choose Your Own Adventure” Poll?

You might be asking yourself, why bother going to all this trouble? Well, I look at this challenge as a great way to sharpen your skills as a GM. You get to practice improvisational thinking through making quick decisions based on player choices. It’s a good tool for practicing cause and effect scenarios. And it’s also an exercise in editing, which we’ll get into a little later. But most of all it removes any rules you need to learn, dice you need to roll, or the need to get into character. It only focuses on developing your skills in one area… Storytelling.

You could easily draft up an outline and follow it to the letter, choice by choice. But if you want to make this a rigorous mental exercise, try going in blind! Literally, plan nothing at all. Only write a starting hook with choices and see where your audience takes you. Just present the most basic set up or scenario to start with. Try something like, “You find yourself in a village…” or “While camping in the woods…” You’ll be surprised what path the story takes if you let go of the reins. Not to mention it saves you a lot of time on writing and planning in the long run.

Utilizing Twitter as the platform for your adventure presents its own set of issues. For instance, Twitter only allows you 280 characters per tweet and 25 characters per choice in polls. The tweet will generally need to include your story prompts, titles, and hashtags. That doesn’t leave a lot of room for storytelling. Because of this it’s important to really edit down your responses to voter’s choices. A good format for this is a recap of the last choice, the result of that choice, and a new choice prompt.

A Twitter “Choose Your Own Adventure” obviously works best if you have a decent amount of interested followers on Twitter. However, it’s not a requirement to play. Consider building an “audience” of at least three friends that are interested in participating. As long as at least three people are voting, they will move the story along. It might take a while before other people get interested, so having a few friends vote is a nice insurance policy. However, I’ve found that if you present people with a choice on Twitter, they’ll usually vote.

How Do I Think Of A Story?

The beauty of this is that there’s little to no prep work. All you really need to do is come up with a hook to start and some choices to make. Once your voters make a choice you can expand what they know of the world based on that choice. Then you present another choice. Repeat this process until you reach a natural conclusion or a thrilling resolution. Also, avoid describing the player’s character. This will allow anyone playing to slip into the role of the character through which they experience the story.

How To Present Choices

What you would do in a certain scenario isn’t always what others would do in the same situation. When coming up with the choices in your adventure, try to look at the information you’ve presented from all angles. Is there a diplomatic option? A violent option? A self preservational option? Think about all the things that a player could choose to do in the scenario. Above all, avoid options that are too similar. Even if you know that two options will result in the same outcome. In this instance you should strive for an illusion of choice.

What If A Tie Occurs?

I’m not going to lie, the event of a tie in choices is pretty terrifying. But it allows an opportunity to blend those two options together for an interesting result. After all, you’re not in control of the story and a tie means enough people are interested in both options. So try to combine them as best you can. For instance, let’s say the players chose both “Stay And Fight” and “Run Away”. You could say that they throw a punch, see that it’s ineffective, and run away.

How Long Should The Polls Run?

This is really up to you. It depends on how often you think your voters will be active in the posts. I’d recommend a 24 hour Twitter poll. This gives anyone who’d like to participate ample time to catch up with the story and make a selection. Remember, Twitter allows people from all over the world in different time zones to interact. Not to mention 24 hours gives you a comfortable amount of time in between posts to not get overwhelmed.

If you start a “Choose Your Own Adventure” Twitter poll, let me know! I’d love to vote and help tell a story with everyone. Until next time, stay creepy and happy gaming.