Ten Alternatives To Starting Your D&D Campaign In A Tavern 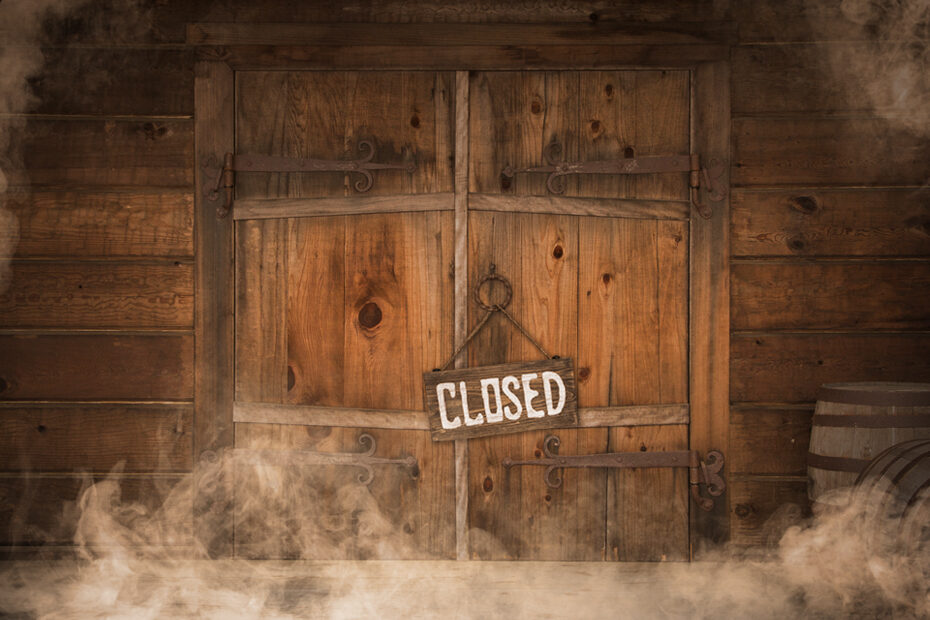 It seems like the overwhelming majority of D&D adventures begin with, “Five strangers meet in a tavern…” That’s not to say it isn’t a great way to kick off your campaign! With a tavern being the central hub of village communities, lively hot spots for locals, and a natural place for travelers to meet, this classic has endured for a reason. However, if you’re looking to surprise your players with a different way to start their fantastic journey, here’s a list of my favorite alternatives!

1. Start Your Campaign In A Shared Dream

Starting with a shared dreaming experience gives your players an immediate hook to motivate them to find each other. It could be a shared dream in which they can all interact, a lucid dream where they all are aware that they are sleeping, a haunting nightmare that sets the plot in motion, etc. Doing this introduces fun mysteries for players. Who coordinated this shared experience? Why is an unknown force tying your fate to these strangers? What is the connection or commonality between everyone? Why do they feel so compelled to find the others in the dream?

2. Start Your Campaign In A Combat Encounter

Pull inspiration from other types of narratives like books or movies and start your players off in the heart of the action! To do this, quickly describe the combat scenario that they find themselves in and have them immediately roll for initiative. On their turn, they can describe what they look like, their position in the fight, and what actions they take. After the battle players can introduce themselves and bond over their shared experience. This start method keeps players on their toes and can create some really fun and unexpected character moments right away.

3. Start Your Campaign In A Prison

This one borders on just as cliché as starting in a tavern. However, with the right angle, you could be really innovative with it. The players might have been lured into another realm by a fey entity who is holding them there for an unknown purpose. You could put your players in a rehabilitation center either for public intoxication, a misunderstanding, or as volunteers. Maybe your players are trapped by their circumstances in life. Depending on the type of game you are playing, you could even make the players trapped in detention at their school! Being held in a “prison” doesn’t have to be a literal interpretation.

4. Start Your Campaign On A Ship

By starting things off while traversing the ocean, you force players to be in a confined space with each other. The other benefit of a ship is that your players may have boarded the vessel for different reasons, but they are all headed to the same destination. Ships also offer a vast array of encounters and interactions. Unconnected strangers can bond when weathering a storm together, fighting off an invading pirate ship, outrunning monsters that lurk in the ocean’s depths, or discovering the nefarious intentions of another passenger. There is no shortage of stories to be told at sea!

5. Start Your Campaign At A Point Of Convergence

Pulling this off takes some time and planning, but it is well worth the payoff. Start off by giving each player an individual session zero in which they must complete a quest that takes them to a specified location. Give all players a different reason to be at the destination. This way, when you start the first session, all players find themselves thrown together with different intentions, reasons, or viewpoints centered around the same subject. Or, alternatively, give them all the same objective and force them to work together to attain it. Give whatever they are intended to do a hook that leads to further collaboration for an instant campaign.

6. Start Your Campaign With A Hangover

Straight up steal from movies like “The Hangover” or “Dude, Where’s My Car?”. Have your players all wake up in a ridiculous scenario after a wild night of unexpected intoxication. Give them a string of clues that lead them back through the previous night’s events. How did they get to the location where they ended up? Who are these vaguely familiar strangers? What exactly happened last night? Mix in a greater quest, responsibility, or obligation that they all agreed to while under the influence. The entire campaign can just be these complete strangers trying to make good on their drunken promise.

7. Start Your Campaign In Chaos

Infuse some action into your campaign right away by plunging your player into instant chaos. Drop them in the middle of a natural disaster like a volcanic eruption, a tidal wave, an earthquake, or a tornado. Have players find themselves in a large city during a civil uprising. Start the story in a castle during a siege attack or the moments before an incoming monster horde strikes. Whatever chaotic event you choose, just remember to do it with caution. Please don’t cross any established player boundaries or triggers just for shock value. Not everyone will enjoy this kind of subject matter. Player safety first, always!

8. Start Your Campaign Under Contract

Give your players a reason to work together based on a contractual agreement. They all receive an invitation to meet the entity hiring them at a specified location. It could be a wealthy noble needing an escort to a dangerous location, a crime boss looking for specialists who can’t be traced to his organization, a local law official hiring a group of adventurers to investigate a disturbing claim nearby, etc. Making the group work together to get paid gives them a common goal. And once characters see how well they work together it can lead to an extended partnership after their current objective is complete.

9. Start Your Campaign At An Event

Set the tone of your campaign by painting a picture of the most exciting events in your world. Players can explore and meet each other at a lively harvest festival in a quaint little village. They can encounter each other in a pop-up black market filled with shady characters and countless plot hooks. They could all be guests at a luxury destination hotel and witness a scene being made in the lobby. Players could all be attending an adventurer’s trade show filled with booths and quests. The possibilities really are endless when it comes to events.

10. Start Your Campaign By Not Starting It At All

Worried about your player’s characters deciding not to work together when you introduce them to each other? Why not just skip that part entirely? You can totally start your campaign with all the characters already working together! They could be a found family, members of an adventuring guild, a group of contentious mercenaries, a traveling troupe of entertainers, or anything else they can think of. Take all the pressure off yourself by asking the players to explain how they came to be in the group.

Hope you get some use out of these ideas to kick off your adventures! Until next time, stay creepy and happy gaming.