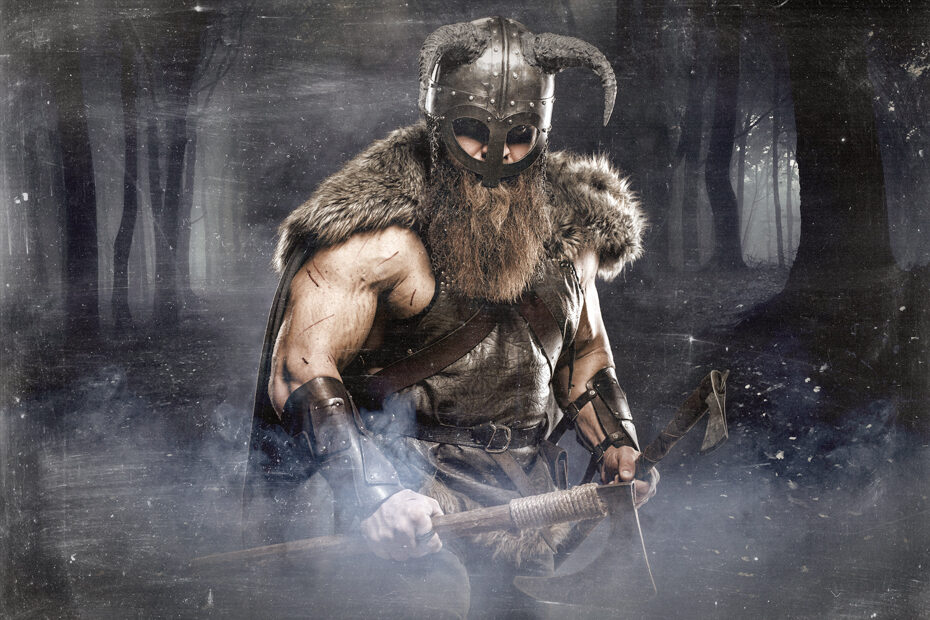 Barbarians can be a very polarizing class in Dungeons & Dragons. People tend to either love them or hate them. However, there are actually quite a few perks that come along with the class! Here’s the top eight reasons to try out the barbarian class the next time you start a campaign…

1. Go Super Saiyan At Will

When someone thinks of barbarians in D&D, the first thing that comes to mind is the rage mechanic. Entering a rage during combat is essentially supercharging a character for a short duration of time. Rage gives a barbarian advantage on Strength checks and saving throws, as well as a rage damage bonus. This feature is obviously a finite resource. But even at 1st level you are able to use multiple rages per long rest. A well placed rage can leave a barbarian’s enemies astonished that their power level is over 9000.

2. The Hit Points Are Ridiculous

Barbarian is the only class to use D12 hit dice, the highest available to players. Additionally, most barbarians are built with a high Constitution stat. Over the course of gaining hit points through leveling, this combination makes for a really beefy character. Having more hit points than the rest of the party puts a barbarian in a good position to rush headlong into the fray during combat. Having full hit points will make you feel invincible!

The barbarian is a class best played without the use of armor (except for shields). Regardless of this fact, they are the most resilient and durable class in the game. Even while not in a rage, the Unarmored Defense and Danger Sense features protect barbarians in spite of them being “naked”. Additionally, barbarians are resistant to bludgeoning, piercing, and slashing damage while raging. If all these features fail you, you’ve still got that nice surplus of hit points we just covered will keep you alive!

Barbarians are designed to be heavy damage dealers. The Fast Movement and Extra Attack features get you where you need to be and allow you to do the most possible damage when you get there. You are never caught unawares and are always ready for a fight with the Feral Instinct feature. And the Brutal Critical feature makes your best rolls hit just that much harder. Combat situations are where you’re really going to shine as a barbarian!

So we’ve established that barbarians have high hit points, can easily survive combat, and are capable of dishing out heavy damage. What does all that enable you to do? Play recklessly! These resources allow you to do so mostly consequence free. Dive into the enemies in a fight and pummel them into a paste. Absorb incoming damage to protect the other members of your party. Really put that Reckless Attack feature to the test. Playing a barbarian is all about living large and going big.

You know what combat mechanic is really underutilized in Dungeons & Dragons? Grappling. Players usually forget that it’s even an option. The barbarian class’s main ability score is usually Strength. This makes them excellent grapplers! Imagine seeing a burly barbarian charging towards you only to have them wrestle and subdue you. It’s a great option when you’re trying to resolve a conflict non-lethally.

Barbarian is a fairly simple class to play. It’s an excellent choice for beginners, but still fun for veterans. Even choosing a barbarian’s path doesn’t dramatically change your character’s playstyle. Though you do gain some additional features, these subclasses mostly just modify how your rage functions. It’s a fun way to add some flair and personalization to your character’s build without getting too complicated or convoluted like some of the other classes tend to.

Because of their combat-focused nature, many people don’t think about all the roleplaying opportunities barbarians offer. Try taking aspects from their features to use as a guide for personality traits. You can have a character that isn’t afraid to confront conflict head-on. Maybe they are intimidating without meaning to be. Or you could make them very sensitive or emotional, which manifests as rage in combat. It can be fun to lean into typical barbarian tropes!

Let’s rage! Until next time, stay creepy and happy gaming.