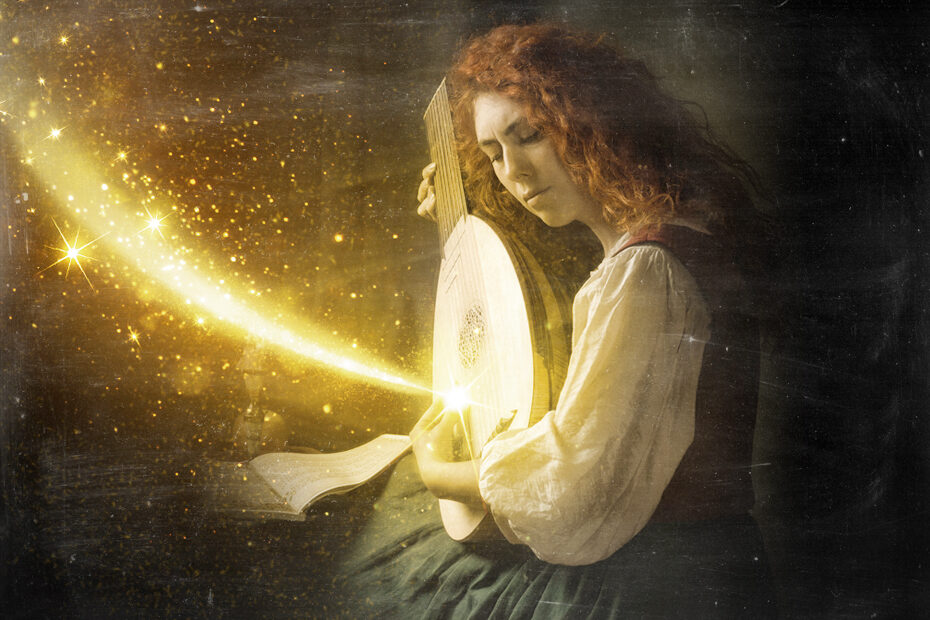 Bards… People either love them or hate them. Some think their spell list is too limited. Others just can’t stand the stereotypes associated with the class. But there’s nothing stopping you from enjoying those things! There’s also nothing to keep you from flipping the script and creating a totally unexpected bard character. Here’s the top eight reasons to choose to be a performer in your next campaign…

1. You Were Born To Inspire

The Bardic Inspiration feature is a bard’s bread and butter. With this inspiration mechanic, you’re able to give a target an additional dice to be used for enhancing various rolls. Either before or after the initial roll, they can add the result of the inspiration dice to one ability check, attack roll, or saving throw. You’re able to use it multiple times per long rest, the target can save the dice for up to ten minutes, inspiration dice scale with you as you gain in levels, and you can do this all for the low cost of a bonus action.

2. They’re Good At Everything

With the ability to choose any three skill proficiencies at first level, no other class is as much a “jack of all trades” as the bard. So much so, in fact, they even have a feature called Jack of All Trades. With it, bards can add half their proficiency bonus to ability checks that they wouldn’t normally be proficient in. As if that weren’t enough to make them great at skill checks, the Expertise feature allows them to double their proficiency bonus for up to four chosen skills!

The bard class offers fun subclass options that can dramatically customize the way your character plays. Looking to be a physical, combat oriented bard? College of Valor. Want to be able to talk yourself out of any situation? College of Eloquence. Do you want to be too charming to resist? College of Glamour. Dream of being a fancy duelist? College of Swords. Want to be an unstoppable skill check machine? College of Lore. Do you delight in being absolutely terrifying? College of Whispers.

4. You’re The Life Of The Party

Are you the kind of person who takes initiative in social situations? A smooth talker, great with people, who generally likes to kick things off? Well, the bard class is for you! Because of the performative nature of the class, bards often find themselves as the face of the party. They make great representatives for the group, advocates of those who might not normally speak up, instigators that get events set in motion, and are just generally considered the life of the party.

Bards are, of course, spellcasters with a full spell list that is great for solving any problem they may encounter. But in addition to that, they’ve got several great workarounds built in as features that don’t involve spell slots. Need a little healing boost during a short rest? Song of Rest. Does the party keep getting influenced by mental effects? Countercharm. Running out of inspiration too quickly? Font of Inspiration. Feeling restricted by the bard spell list? Magical Secrets.

6. You Love To Roleplay Chaotically

There are other classes in Dungeons & Dragons known for bending the rules and sowing the seeds of chaos. But bards are notorious for doing what they want and skirting the rules. Playing a character so deeply based in charisma opens many opportunities in roleplaying. The deception, performance, persuasion, and intimidation skills get a lot of mileage for bards. While not every bard will follow the path to chaos, they are certainly built for it if the occasion should arise.

7. Not Just A Musician

Traditionally, bards are considered to be musical performers. However, you don’t have to follow that tradition! You can style or flavor your bard’s abilities away from music, so long as it is performative. Maybe they’re an accomplished dancer. Perhaps they’re a traveling stand up comedian. They could be a politician who gives stirring speeches. Or they might be a renowned swordsperson, famous for fancy blade work. You’re only limited by your imagination!

Alternatively, you can lean hard into the tropes and play a classic bard. They’re a quintessential staple of the fantasy genre. So go ahead and reimagine the lyrics of popular songs based on your party’s misadventures. Set up shop and perform your heart out at every tavern, town square, or lord’s hall. Roll to seduce the dragon (so long as everyone at the table is cool with it). And feel free to use your character’s charms to open doors and RP with the best of them!

Put on a show! Until next time, stay creepy and happy gaming.