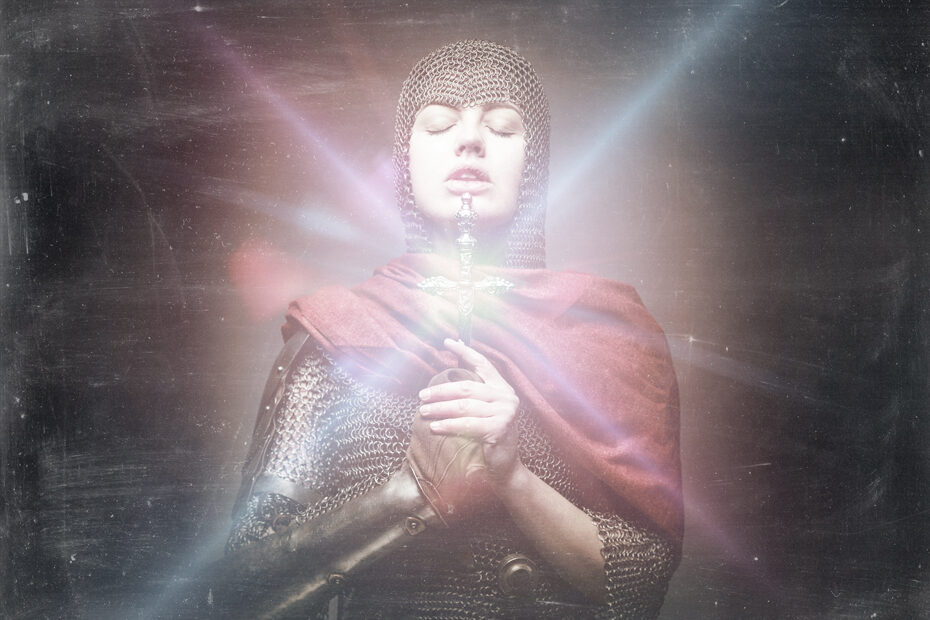 Ever want to play a cleric character, but worried you’ll just end up as the party’s boring healer? Well, think again! There’s so much more to this class than healing spells and goody two-shoesery. Clerics are a powerful casting class with a wide range of features to choose from. Here’s the top eight reasons to devote yourself to a higher power in your next campaign…

There’s a reason clerics are thought of as a strictly “supporting” class. Clerics are the original healers in Dungeons & Dragons. While this doesn’t mean that they are just basic heal bots, it does mean that clerics are undeniably good at support. Bless, Cure Wounds, Shield Of Faith, Enhance Ability, Warding Bond, Prayer of Healing, Beacon of Hope, Death Ward, and Freedom of Movement are only some of the fantastic support spells in the cleric’s spell list.

Clerics are a powerhouse, right out of the gates. Their cantrip list is filled with options that are useful from levels 1-20. Spare the Dying allows you to automatically stabilize a downed ally. Guidance gives ability checks an extra edge. Sacred Flame gives you an offensive cantrip that becomes more powerful as you level and ignores cover. Thaumaturgy is a versatile cantrip for general roleplaying and solving simple problems. All these options start at 1st level.

Though primarily a healer and spellcaster, the cleric class can be a great way to test drive other play styles. By choosing the right Divine Domain, you can play a cleric that is flavored like another class you’re interested in. Want to play like a paladin? War Domain. A druid? Nature Domain. A wizard? Arcane Domain. A rogue? Trickery Domain. Not interested in emulating other classes? How about other great roleplaying options like the Peace, Order, Forge, or Grave Domains? There are many to choose from!

Clerics are the only Wisdom-based full casting class D&D offers. Wisdom is arguably the best saving throw in the game and has very useful skills associated with it. Passive perception in particular gets a great boost, so nothing gets past you or goes unnoticed. But Insight, Survival, Perception, Medicine, and Animal Handling can be incredibly useful when out of combat as well. Being a super wise traveling priest pays off no matter what situation you find yourself in.

Clerics boast many unique spell options only available to them. As the game’s primary healing class, you have spells like Prayer of Healing and Mass Heal. Sanctuary and Holy Aura give your party awesome buffs in combat. You can also control the battlefield with area of effect spells like Spirit Guardians and Blade Barrier. Additionally, clerics shine in the school of divination with spells like Commune and Divination. And if you like dealing damage, don’t forget about Spiritual Weapon and Inflict Wounds.

6. Your Bestie Is An Actual God

Unlike a paladin that lives their life in accordance with the strict code of a deity, clerics are more like their representatives on earth. And being the envoy of a higher being comes with some serious perks! Setting aside their impressive, interchangeable array of spells, Channel Divinity is also a great hail mary feature. Its primary function is to turn or destroy undead. However, it also gains additional functionality based on the chosen domain of the cleric’s god.

7. More Than A Glass Cannon

Most full caster classes in D&D can output mass amounts of damage but are very squishy. The cleric, however, is a much hardier spellcaster. Clerics are able to wield shields and wear medium armor unlike wizards, warlocks, and sorcerers. And unlike a druid, the cleric’s armor can be metal. This makes them protected enough to not shy away from the fray in combat. Overall it makes them one of the most resilient casters in the game.

Once you reach a certain level of commitment to your faith and familiarity with your deity, you can just start calling in favors. You acquire the Divine Intervention feature at 10th level. With it, you can beseech your god to do whatever you feel is too big to accomplish yourself. It’s not foolproof and relies on percentile dice to pull off. That is, until 20th level in which it just works automatically. Can you imagine the level of power (and audacity) to just call up a god and ask them for a favor?

Play faithfully! Until next time, stay creepy and happy gaming.