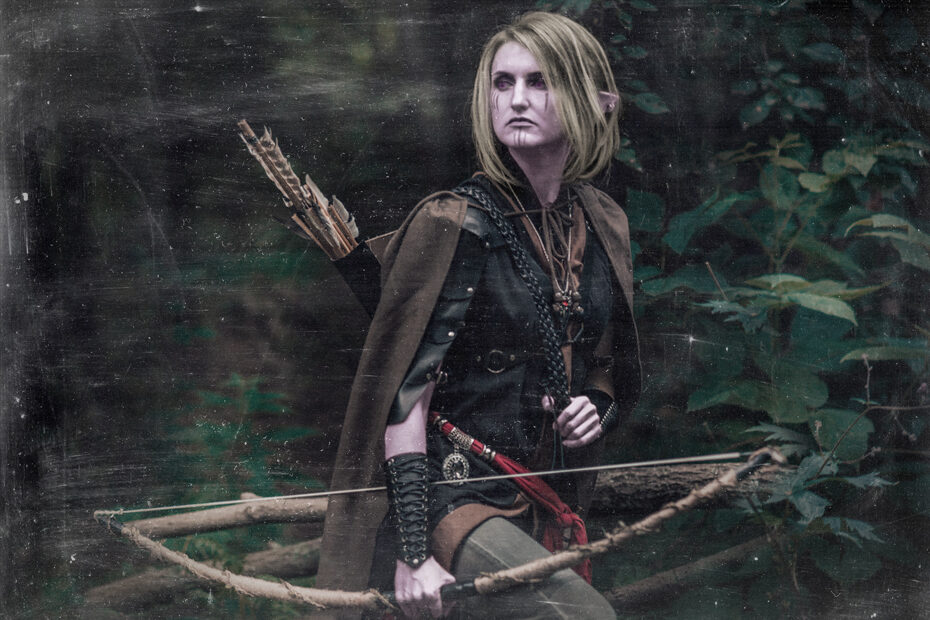 The ranger class is widely regarded as the least viable class option in Dungeons & Dragons. People think that it’s better to just play a fighter and use ranged weapons. However, there are a lot of great reasons to choose a ranger instead! Here’s the top eight reasons to pick up a bow for your next campaign…

When you drop a ranger into their natural habitat, they become useful guides and a serious force to be reckoned with. Right away at 1st level rangers come equipped with the Favored Enemy and Natural Explorer features. Favored Enemy gives you an array of skills when dealing with an entire monster type of your choice. And Natural Explorer means that you and your companions can’t be lost, won’t go hungry, and are unencumbered by your chosen terrain. These skills make you invaluable when exploring!

Rangers are one of those classic tropes that are included in almost every fantasy genre. Lean into it and consider roleplaying your character to fit the ranger’s archetype. Maybe you’ve never lived in civilization and are unaware of proper etiquette. Perhaps you understand civility but choose to ignore it. Maybe you’re only interested in the mission and tend to push people away. After all, what would a fantasy adventure be without a rough-and-tumble character in a cloak shooting arrows at the enemy?

The ranger’s spell list boasts quite a few ranger-exclusive options that can be cast as a bonus action. Spells like Hunter’s Mark and Zephyr Strike enhance your already powerful hunting and fighting skill set. Or you could upgrade your favored weapon’s abilities by casting spells like Lightning Arrow or Swift Quiver. Manipulate your targets and exploit their positions with Ensnaring Strike or Hail of Thorns. All of these spells only take a bonus action, freeing you up for an attack.

4. You Want A Best Friend

A huge reason people choose the ranger class is to have an animal companion. While other classes allow you to summon familiars or other such companions, befriending real-life animals is a subclass option that is unique to rangers. The Beast Master Conclave is a fun “animal trainer” mechanic that allows you versatility on the battlefield, unique roleplaying options, and a pet that is enhanced by your own power. Just don’t be surprised if your animal companion becomes the mascot of the party!

Not an animal person? Maybe instead you’d like to live out your Legolas dreams through your ranger? The Hunter Conclave subclass offers a range of tactical abilities that allow you to get the upper hand in combat. Throughout gaining levels you can customize your ranger with options from the Hunter’s Prey, Defensive Tactics, Multiattack, and Superior Hunter’s Defense features. This array covers a huge variety of problems you’ll encounter on the battlefield. Plus… they’re just cool!

You don’t have to play your ranger as a long range archer type. However, the class does lend itself to the trope perfectly. And they are tactically a great addition to any party, dealing damage from a safe distance while the beefier characters jump into close-range combat. You can make your arrows even more deadly and precise with things like the Archery Fighting Style, the Sharpshooter and/or Crossbow Expert feats, or even taking a couple of levels in the Fighter class to gain the Action Surge feature.

7. You Don’t Care About Being “The Best”

While it’s true that the ranger class is generally not a very OP option, you can still be useful to the party and have a great time playing it! D&D isn’t always about min-maxing the most supremely powerful character. Rangers are actually a great “team player” class that can effectively support more specialized character classes while also filling in some gaps in the party. If you are having fun, then you are playing the class correctly.

8. Just To Prove Everyone Wrong

People love to hate on rangers… So wouldn’t it be great to prove them wrong? Contribute to your party’s success as a wilderness guide or tracking down a monster. Surprise them by out-damaging the fightier classes with augmented attacks. Scout ahead and warn them of danger. Fill the skies with arrows or surprise them with a well chosen spell. When you play to your ranger’s strengths, you’re bound to change some minds.

Hit your mark! Until next time, stay creepy and happy gaming.