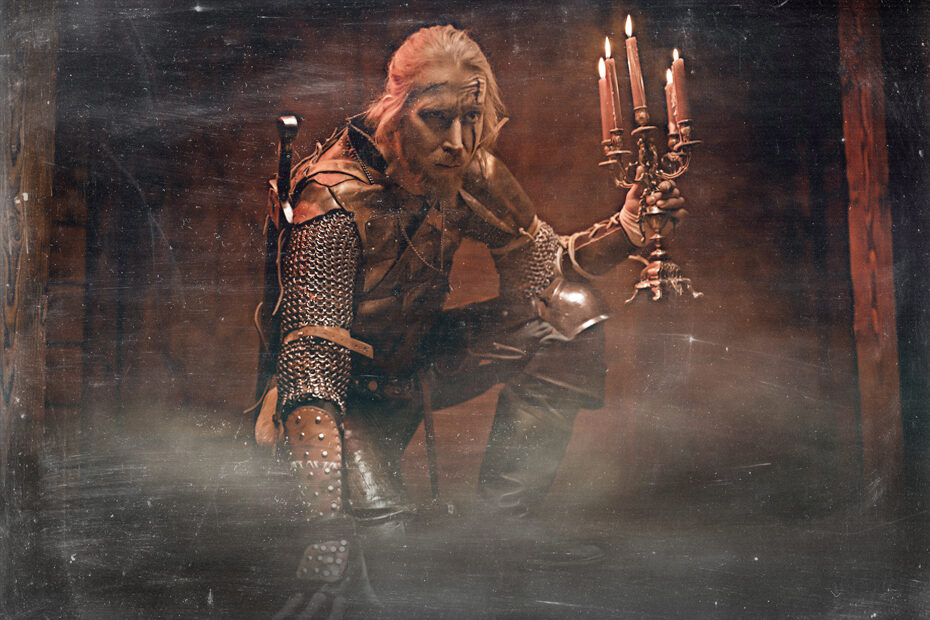 Some people count out the rogue class when creating characters based on stereotypical excuses such as a lack of magic, boring combat options and the potential for edgelordery. However, those are just preconceived notions and aren’t what playing a rogue is all about. After all, it’s not a coincidence that rogues are a classic Dungeons & Dragons class! Here’s the top eight reasons to lurk in the shadows for your next D&D campaign…

The Sneak Attack feature is the most well known skill in a rogue’s repertoire. Rogues are able to tack on additional damage to their attacks if they have advantage or if their targets are distracted by their enemies. This extra damage is initially just 1D6. However, at the higher levels, rogues basically just dump a bucket of D6s and add them to their damage. Though conditional, sneak attacks have the potential to inflict devastating, near-broken level amounts of damage.

2. The Tools Of The Trade

Two words: Thieves’ Tools. This little bag of tricks is invaluable for any adventure. And while anyone can own a set of thieves’ tools, the rogue has them built in at 1st level. Plus the class’s proficiency in them makes the party’s rogue a go-to for all types of tricky situations. Need access behind a locked door? Dying to crack open a sealed chest? Stuck in prison or bound by shackles? Trying to disarm a deadly trap? Looking for a low tech solution without a magical footprint? The rogue has got you covered!

No one can beat a rogue when it comes to skill checks. Right out of the gates you are able to choose four skill proficiencies in addition to those you gain from background and race. Additionally, the Expertise feature lets rogues double their proficiency bonus on ability checks and/or thieves’ tool checks of their choice. If that weren’t enough, the Reliable Talent feature makes rolling anything less than a ten for your chosen proficiencies impossible!

Seriously, rogues are unbelievably hard to hit. They have so many features dedicated to simply avoiding damage. Uncanny Dodge allows you to only take half damage from attacks. Evasion is great for avoiding area of effect abilities, taking no damage when they should take half. Cunning Action gets a rogue where they need to be by turning Dash, Disengage, and Hide into bonus actions. And Elusive basically makes you immune to advantage!

5. You Know The Lingo

The most underrated skill in a rogue’s arsenal is the Thieves’ Cant feature. Though it is a 1st level flavor ability, it is actually very useful throughout the game. Having experience with the criminal underground allows you to understand secret symbols or have coded conversations with criminals. With this you can get help from unlikely allies, determine if someone is involved in the criminal element, locate safe places for criminals, find hidden treasure, and so much more!

Rogues are generally very stealthy characters and as such make excellent scouts. They’re quick, agile, and great at sneaking through castles and monster lairs undetected by enemies. And with their ability to locate and disarm traps, it’s logical to send them into a dungeon first for some reconnaissance. But if they do trigger a trap or alert an enemy of their intrusion, the rogue’s evasion based skills will keep them alive until their party arrives to help.

While the rogue class doesn’t offer spell casting unless through a subclass, there’s no shortage of interesting things to do in combat. The majority of your movement in battle will be positioning yourself for a sneak attack. And features like Cunning Action allow the rogue to dash, disengage, or hide as a bonus action. On top of that, Roguish Archetypes add tons of tactical options such as Second-Story Work and Fast Hands for a Thief, Assassinate and Death Strike for an Assassin, etc.

By definition, rogues are unscrupulous characters who live outside of society’s norms. That’s not to say that every rogue is automatically a criminal. But their set of skills and how they likely acquired those skills naturally enables rogues the means to break the rules. If you enjoy solving problems through work-arounds or trickery, living dangerously yet staying out of trouble, and getting one over on authority figures, then the rogue class is definitely for you!

Get sneaky! Until next time, stay creepy and happy gaming.