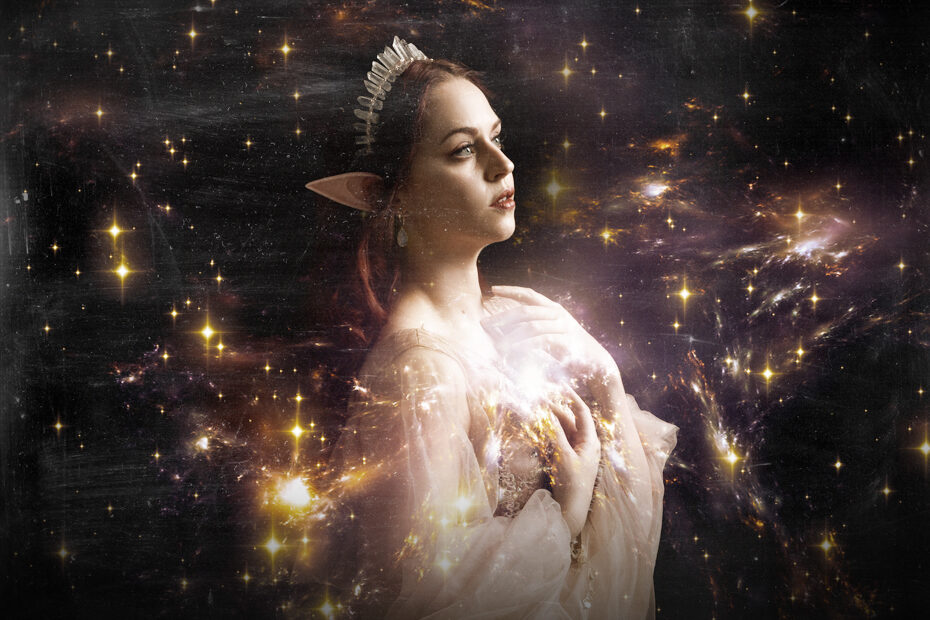 At first glance, the sorcerer class in Dungeons & Dragons can seem underwhelming. With limited features and a cap on known spells, many people ask, “Why not just play a wizard?” But for all that they lack, sorcerers make up for it with a very specialized type of casting. Without further ado, here’s the top eight reasons to delve into your magical origins for your next D&D campaign…

This class is completely built around the concept of Sorcery Points. Given to sorcerers at 2nd level through the Font of Magic feature, Sorcery Points are a kind of mystical energy naturally present in a sorcerer’s physiology. This energy can be tapped into and utilized as currency to fuel magical effects and exchanges. Excluding the Spellcasting feature, every other aspect of a sorcerer build revolves around making Sorcery Points work for you.

2. You Can Play Musical Chairs With Spell Slots

Spell slots are generally a finite resource for the casting classes of D&D. However, by using Flexible Casting within the Font of Magic feature, you can manipulate and convert your magical energies as best suits your needs. Need a quick spell slot in a pinch? You can create one by spending Sorcery Points as a bonus action! This works for creating spell slots from 1st to 5th level. Alternatively, if you’re low on Sorcery Points, you can sacrifice a spell slot to create more.

The Metamagic feature is literally everything. With it, you can spend Sorcery Points to modify the spells you cast. Double a spell’s range with Distant Spell. Attack an additional target with Twinned Spell. Change your spell’s damage type with Transmuted Spell. Cast as a bonus action instead with Quickened Spell. Double a spell’s duration with Extended Spell. Protect chosen targets from area of effect spells with Careful Spell. The possibilities abound when you can shape spells to fit the situation!

Sorcery Points aside, the main difference between sorcerers and wizards is the way in which they’re played. Wizards have a massive tool box of spells that allow them to do pretty much anything, given enough time and resources. Sorcerers, however, use a more precise set of skills to be exceptionally talented in specific instances. You have to commit to your choices, but you can build your sorcerer to be an expert in dealing heavy damage, a magical problem solver, or basically anything else you desire.

A huge draw for people who play sorcerers is the Wild Magic Sorcerous Origin. Wild Magic Surge is a mechanic that sometimes produces random magical effects after you cast a spell. These can be as harmless as conjuring illusory butterflies to as dangerous as a self-targeted fireball spell. In addition to all that chaos you can influence fate with Bend Luck, get the upper hand with Tides of Chaos, and deal even more damage with Spell Bombardment!

6. You Want To Be A Dragon (But Not A Dragonborn)

Another fun subclass option available to sorcerers is the Draconic Bloodline Sorcerous Origin. You choose what color dragon your ancestor was from black, blue, brass, bronze, copper, gold, green, red, silver, or white. Each is associated with a different damage type. You become hardier with Draconic Resilience, get bonuses when dealing with your chosen damage type with Elemental Affinity, can channel your ancestor’s scary aura with Draconic Presence, and even fly with Dragon Wings!

Figuring out the origin of your character’s magical aptitude allows you to create interesting backstories. Are you imbued with powers from a mysterious otherworldly being? Is there an ancient dragon hiding in your family tree? Were you blessed by the light of a divine entity? Maybe you were cursed by the touch of a demon of chaos. Whatever enables your sorcerer’s spark of innate magic, it’s sure to be an exciting tale with lots of storytelling hooks to expand upon.

The key component of a sorcerer character is that they are innately magical. Unlike other casters, they don’t rely on external sources for their power. They don’t waste their lives studying the work of others like wizards. They don’t sell their souls for power to entities like warlocks. They take no vows and make no oaths to gods like paladins or clerics. They don’t need to revere or defend nature like druids and rangers. They are magical simply by existing. It’s just pure magical power, no strings attached.

Choose power! Until next time, stay creepy and happy gaming.