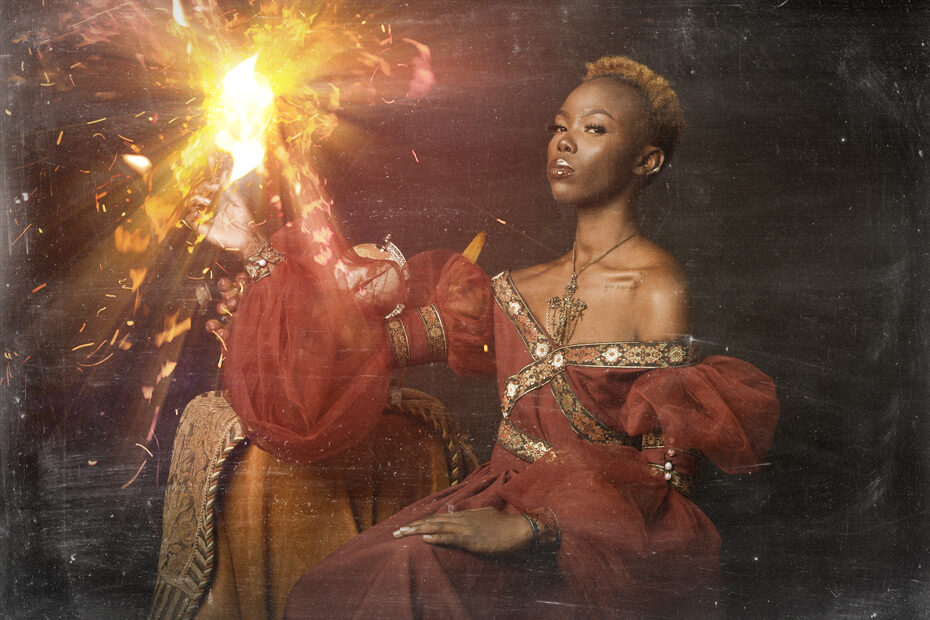 One of the most recognizable classes in Dungeons & Dragons, the wizard class promises power to players who choose it. Some worry that wizards are too squishy and can’t withstand even the most minor damage. However, their magical strength more than compensates for this flaw. Here’s the top eight reasons to choose to use your brain instead of your brawn for your next campaign…

The number one reason you choose to play a wizard is for the spells. The wizard spell list allows access to more spells than any other class. Because of the range of options, you can perfectly curate your known spells to make your wizard function any way you wish. And with the ability to prepare your spells each night, you’ll be ready for anything. Not only that, but as a wizard there is no cap on the amount of spells you can learn. With the proper resources, you could learn every spell on the wizard’s list.

2. A Solution For Every Problem

Because of their staggering spell list, a wizard is equipped to handle anything the DM throws at them. They solve the day-to-day issues with great utility spells like Alarm, Comprehend Languages, Sending, Identify, and Knock. They can go toe-to-toe with other casters using Counterspell, Remove Curse, and Globe of Invulnerability. They are great at moving around using Teleport, Expeditious Retreat, and Dimension Door. And they can deal massive damage with offensive spells like Fireball, Disintegrate, and Sunburst.

Are you the type of player who loves deep diving into the rules and exploring every feature, facet, and hack the game has to offer? Then the wizard class was made for you! With so many magical tools at your disposal, you’ll need to really sit down, take some time, and dig into your spell list. That time in study will pay off big time when you find yourself in a situation and you remember a perfect solution! Wizards are essentially the nerdiest class in an already really nerdy game.

Even though wizards are already very magically gifted, they are given several chances to specialize and really hone the type of magic they love the most. At 2nd level, they gain the Arcane Tradition feature. This allows a wizard to further study and perfect a particular school of magic or a type of magic. Additionally, at the upper-levels, they can cast chosen 1st to 3rd level spells without even expending a spell slot by using the Spell Mastery and Signature Spells features.

Wizards are one of the few Intelligence based classes in the game. Because it’s their spellcasting ability, it’s generally their highest stat. This means they will excel at skill checks that require book smarts, all without having to cast a single spell. Need an Arcana check to identify magic? A History check to recognize a prophecy? An Investigation check to find a clue? A Nature check to identify toxic plants? A Religion check to recall a forgotten deity? The wizard has it covered!

6. You Appreciate A Challenge

For having such a limited range of built in features, playing a Wizard can get very complicated very quickly. Keeping track of their powerful spell’s intricate effects and conditions takes a lot of concentration (both in and out of game). The Wizard class is challenging, but also satisfying once you master it. They’re a perfect choice for the player who likes discovering creative solutions. There’s really nothing like choosing the perfect spell for a situation and having it hit its mark perfectly!

While they are an interesting class choice for players to explore, I’m specifically talking about them being interesting to roleplay. Wizards are almost always impressive to NPCs. The majority of common people in a D&D game will be blown away by something as simple as a cantrip. Anything beyond a 3rd level spell will have them absolutely awestruck. You are seen as a mysterious stranger with near god-like abilities that you earned through your own work and merit.

More than any other class in Dungeons & Dragons, wizards are the ultimate glass cannon. In spite of low defensive capabilities, their high-level spells are devastatingly destructive. Rain down fiery destruction with Meteor Swarm. Deliver instant death with Power Word: Kill. Turn an enemy’s greatest fears against them with Weird. Freeze time with Time Stop. Literally bend the fabric of reality with Wish. As a Wizard, you have access to these unbelievably powerful spells at 17th level.

Cast Fireball! Until next time, stay creepy and happy gaming.