The Shadow Auction: A Ghostlore One Shot Adventure (5E) 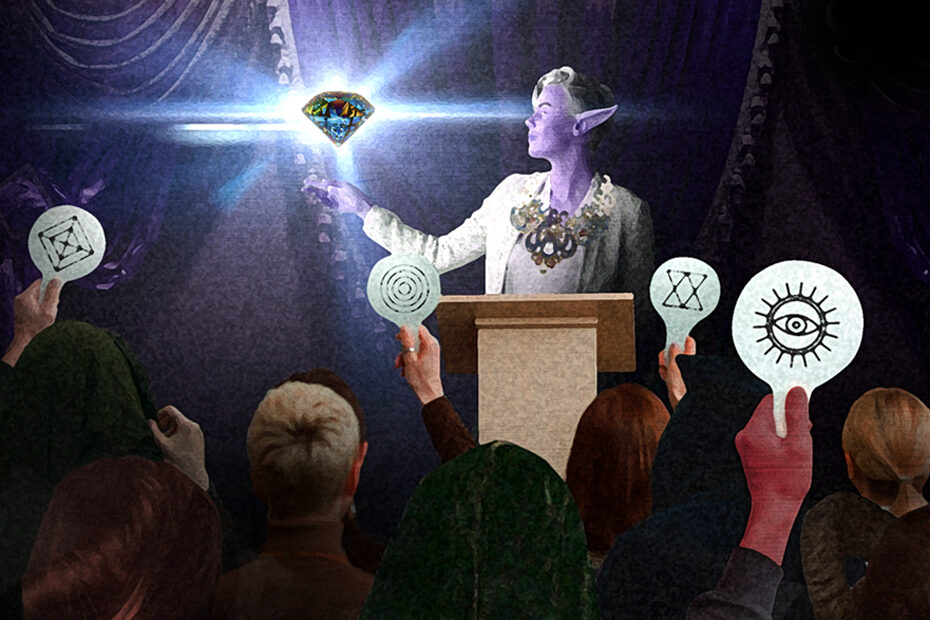 I’m excited to announce that Ghostlore Studios now offers downloadable PDF one shot adventures! Our first ever one shot, The Shadow Auction: A Ghostlore One Shot Adventure, is available in our store here.

A respected mage summons heroes to attend an underground auction at her behest. This “Shadow Auction” offers magical components not easily found through conventional channels. Players outbid anyone in their way to collect the items their patron requires. They must also navigate a dangerous social environment to extract information from the mage’s rivals. This tense evening showcases a nefarious establishment, magical complications, political espionage, and secrets at every turn!

The Shadow Auction: A Ghostlore One Shot Adventure is intended to be played using 5th edition rules of the world’s greatest role-playing game. It is crafted for 3-4 players at levels 8-10 and designed to be a single 3-6 hour session, but can be adapted based on player needs.

The Shadow Auction offers players an environment of high-stakes bidding, social espionage, and a climax that changes based on the choices that players make. This one shot adventure includes something for everyone. Those who prefer a role-play heavy experience will enjoy extracting incriminating information from the many shady characters that inhabit the auction house. Players looking for profit will benefit from the opportunity to acquire new magical items in a way that deviates from the traditional looting of a monster’s lair. And combat loving players will appreciate the final confrontation, where their enemies are determined by their own actions. This adventure can be run as a one shot or easily plugged into any existing campaign.

You can download The Shadow Auction: A Ghostlore One Shot Adventure here!

Thank you for your support! Until next time, stay creepy and happy gaming.