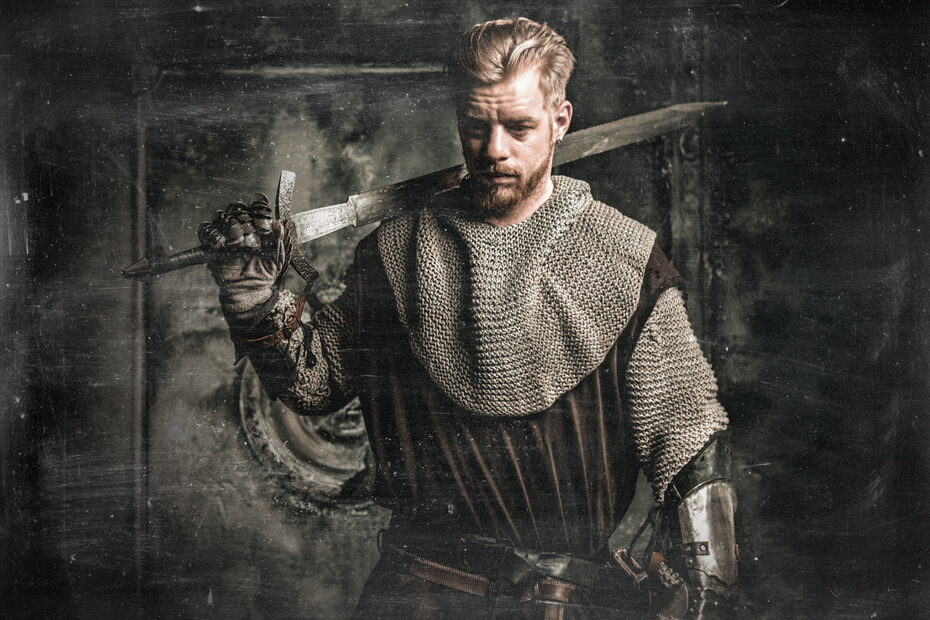 The classes of Dungeons & Dragons tend to fall victim to stereotypes. When veteran players think of the fighter class, they might think that it’s the dullest of the twelve. However, there are actually a ton of great reasons to choose it! Here are my eight reasons they’re worth checking out the next time you’re itching to create a character.

When you choose to play as a fighter, you’re objectively choosing the least complicated class in D&D. But you shouldn’t think of it as a negative thing. You forego complex spell rules or convoluted class features to become a lean, mean, murder machine. Because of this, your character has more or less endless resources. You never run out of your best, most heavy hitting attacks. Your fighter will still be hacking away at enemies long after their party members have burned their last spell slot.

2. Easy Customization At Any Time

Unlike other classes that become defined by their early game choices, a fighter can change how they play simply by changing out their equipment. By default they are proficient in any weapon or armor they can get their hands on. Tired of being in the dangerous fray attacking with your longsword? Grab a bow and shoot from the sidelines instead. Need a look for when you’ve got to sneak into a dragon’s lair at eight but you’re fighting the dragon at nine? Swap that studded leather for plate armor!

3. The Sheer Volume Of Attacks

If you love dealing continuous attacks against your enemies, then this is the class for you. The Extra Attack feature allows you multiple attacks for the price of one. And when you’ve maxed out your character’s level you can dole out a punishing four attacks per round. Combine that with a well placed Action Surge and you’re doing a staggering eight attacks in one round. The monsters will never even know what hit them.

4. Those Ability Scores, Though

The unsung hero feature of the fighter class is the amount of Ability Score Improvements you get. With seven opportunities for advancement, your character’s stats will soar as you gain in levels. This is a good thing, since you don’t have much magical support for skill challenges. Not only that, but you can easily forgo a couple ability score increases and instead take feats. The fighter class makes it easy to take more than one or two without sacrificing much needed advancement throughout the game.

Subclasses allow every class ways to customize characters. However, the fighter class offers a wide range of Martial Archetypes that can totally change how a character functions. Missing spells and the complexity of magic? Choose Eldritch Knight as your archetype and rock wizard spells! Looking to lean into the simplicity of your fighter? Become a Champion to boost your already beastly abilities. Want tons of fun and unexpected options in combat? Take Battle Master as your subclass.

I’d be remiss if I didn’t touch more on the Battle Master Martial Archetype. It’s a lot of people’s favorite subclass for the fighter class… and for good reason. Enhancing your attacks with maneuvers gives your fighter more than just flair. It allows you to tailor your attacks to be more strategic. You learn 9 maneuvers in total that can completely customize your character and influence their combat style. Not to mention Know Your Enemy is a fun and understated feature that can garner some great role playing moments.

While playing a fighter is fun for experienced players, it’s also a great class for introducing a new player to D&D. The simplicity of the class is perfect for easing someone into the game. The fighter’s lack of magic eliminates an entire confusing aspect of gameplay that can stump even veteran players. And focusing less on the complicated technical mechanics can free up a beginner and allow them to engage more in the roleplaying aspect of the game.

If you can’t commit to playing a pure fighter, they’re a great addition to a multiclassed character. Taking one level in fighter gives you Fighting Style to improve your physical attacks as well as Second Wind for some self-healing action. If you take a second level in fighter you gain Action Surge. That’s an entire additional action… just for good measure! Even just sacrificing two levels in a character’s main class can boost them exponentially and give them universally practical features.

Keep fighting! Until next time, stay creepy and happy gaming.