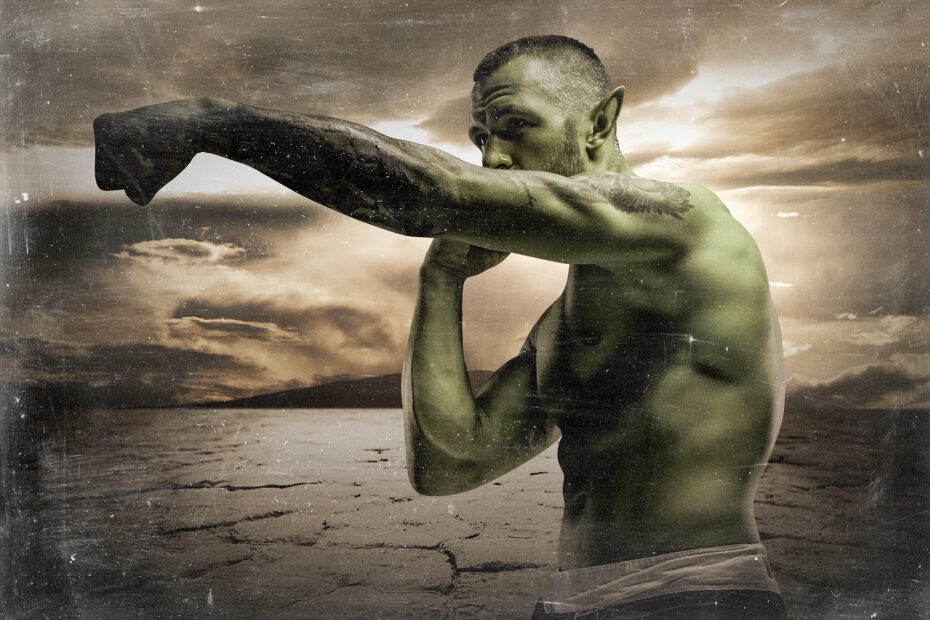 The monk class can be a bit… controversial among D&D players. Some argue that monks are too overpowered or off-theme for the game’s setting. However, the monk is an awesome martial class that has produced some die hard fans. Here’s the top eight reasons to follow a monastic tradition for your next campaign…

1. Your Body Is A Registered Weapon

The monk class fills the role of the unarmed fighter in D&D. The Martial Arts feature turns your body into a living weapon that becomes more powerful as you gain in levels. It also allows you to attack with your Dexterity stat instead of Strength. You can even deal an additional attack with your bonus action! Additionally, your Unarmored Defense feature eliminates the need for armor or shields. Because of these skills, you’re absolutely lethal and have great survivability even without armor or weapons.

Monks can tap into ki, a magical type of energy that is based on chi. This allows them lots of bonus actions, reactions, and feature upgrades as they level. The Monastic Tradition a monk chooses offers even more options for utilizing ki points. Additionally, it lends the flavor of the Kung Fu movie genre. Skills like Deflect Missiles, Step of the Wind, and Patient Defense really represent the trope. But it also enables more fantasy-based features like Ki-Empowered Strikes and Perfect Self.

Seriously though, a monk in combat is unreal. Monks rival fighters with how many attacks they can dish out in one turn. With the Extra Attack feature, you can attack twice when you take the attack action. And you can make two more attacks if you pair this with Flurry of Blows! And then, after this onslaught, you can spend another ki point to tack on a Stunning Strike to totally incapacitate your enemy. It’s quite a whammy to be on the receiving end of a monk’s attack.

4. One Step Of The Wind Away From Being Sonic The Hedgehog

Monks are very, very fast. With the Unarmored Movement feature you gain additional movement as you level, no strings attached. At a monk’s highest level it’s an additional 30 feet added to your normal movement. This is double the walking speed of most races. And you can use Step of the Wind to take a bonus dash action. This means you’re eventually capable of running up to 240 feet in one turn if you dash as your action. Monks are so fast that they can run up walls or even on the surface of water!

The monk class’s most undervalued feature has got to be Diamond Soul. It gives you proficiency in all saving throws. All of them. All six. No other class can boast simply being great at avoiding literally whatever comes their way. As if that weren’t enough, you can even spend a ki point to reroll a failed saving throw! So basically, you’re incredibly hard to target with effects because of your godlike evasion. But on the off chance something does hit you, you’ve got a chance to negate it.

6. The Built In Backstory

Monks need to learn the basics of their skillset from somewhere. Usually they hail from a monastery or some other such order. This is a great place to draw your character’s backstory from! How did they come to study or train with the order? Do they have a master of their art that mentored them? Why did they leave for an adventure? Do they agree with the ideals of their institution? Whether or not you decide to forgo the more trope-y aspects of a monk character, it offers a lot of fun story options.

You’ve got to face it… monks are just undeniably cool. It’s hard not to be a little cocky when playing a monk. All monk characters are, of course, wildly different based on the player. But they share class features that lend themselves to creating a persona of coolness. You’re basically untouchable in a fight, you hit hard and don’t stop, and you’re confident in your abilities to tackle anything. Not to mention your skills give you a zen-like vibe that radiates competence.

Even by the midway point of a monk’s levels, they begin to acquire superhuman abilities. With Stillness of Mind you can just stop being mentally influenced because you feel like it. Purity of Body makes it impossible for you to get sick. Tongue of the Sun and Moon allows you to understand any spoken language. And with Empty Body, you can become invisible or astral project. Your intense understanding of energies gives you comic book-like super powers!

Throw some hands! Until next time, stay creepy and happy gaming.