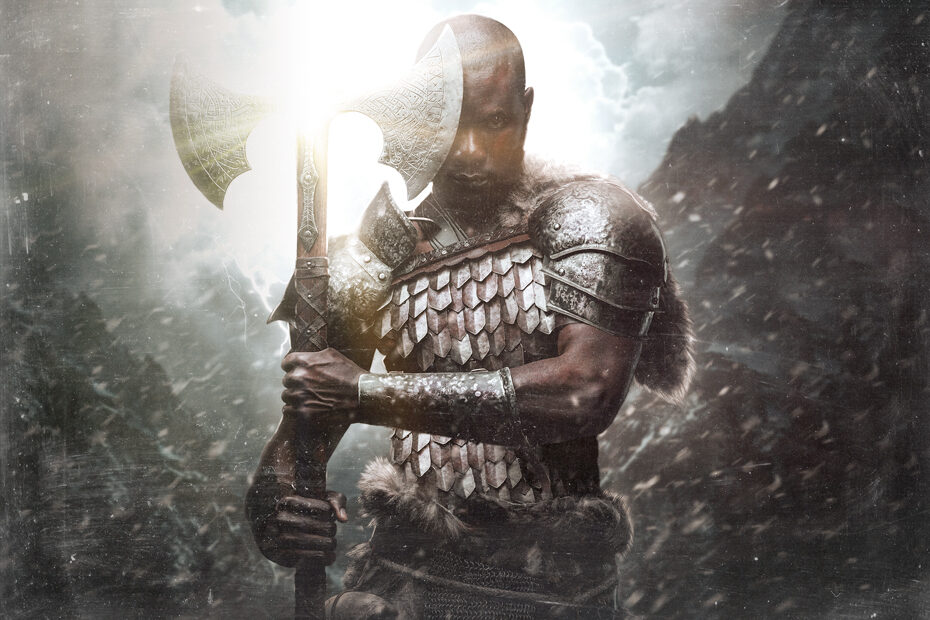 Paladins are a general favorite of many Dungeons & Dragons players. But some are turned off to them based on the fact that they are half-casters and can feel a bit limiting. But paladins are actually a class full of great tactical and roleplay options! Here’s the top eight reasons to swear a holy oath next time you start a campaign…

The most well known feature of the paladin class is the ability to augment your attacks with holy energy. With the use of the Divine Smite feature, you can expend a spell slot to deal additional radiant damage when you attack a target physically. And as if that weren’t enough, you also have several paladin exclusive smite spells at your disposal. These can give your standard melee weapon attacks various effects and allow them to deal additional damage of different types (depending on the smite spell).

Right out of the gates at 1st level you get the Lay on Hands feature. This pool of healing doesn’t rely on spellcasting, offering your party readily available recovery. Unlike a spell which is cast once and expended, you can use it little by little until it’s gone for the day. You can even use it to cure diseases! The pool of healing grows as you gain levels, making it an asset for the entire duration of your character’s arc. For instance, at your highest level you have a reserve of 100 hit points on standby!

3. You’re Great To Be Around

Not only are paladins great at dealing damage, they are also exceptional at supporting their party. They can obviously heal, but they can also buff their companions and ward of nasty effects and conditions. With a paladin’s auras, your party doesn’t have to do anything to reap these benefits other than simply stand next to you! You’ll automatically gain the Aura of Protection and Aura of Courage features as you level. However, you also acquire additional auras if you choose certain oaths!

4. The Power Of God And Anime Are On Your Side

Everything magical a paladin is able to do is suffused with the holy energy of the deity or ideals that they serve. Even if you set aside spellcasting, you have a wealth of divinity fueled abilities. Divine Health protects you from illness, Cleansing Touch eliminates spell effects, Divine Sense lets you perceive good and evil, Channel Divinity grants various abilities based on your oath, and the list goes on. You can always count on the divine energy watching over you to help you on your journey.

5. You Get To Be Fighty AND Casty

We’ve gone through a lot of the paladin class’s magical abilities. But don’t forget, a paladin is half caster, half fighter! And just like the fighter class, you get to customize how you function with the Fighting Style feature. There are many options to choose from, such as Great Weapon Fighting, Interception, and Blessed Warrior (just to name a few). You also gain an additional attack with the Extra Attack feature. This means you’ll be hitting hard in combat without even using magic at all!

I mean honestly, just look at everything we’ve already covered. If you’re still not convinced that you’ll have a ton of options as a paladin in combat, consider the Sacred Oath feature. You gain a list of Oath Spells that are always prepared, various ways to utilize the Channel Divinity feature, additional auras to buff yourself and your party, and new features to play around with. Sacred Oaths are arguably the hardest working subclass out of all the other classes.

You might be thinking, “Are constraints a good thing?” The answer is yes! Playing with limitations can produce really creative solutions and outcomes to problems. A paladin is bound to uphold the ideals of their Sacred Oath. In a way it limits your character’s freedom and leads you to roleplay them in a particular way. This can create some really interesting moral dilemmas that they’ll have to navigate. You really get to stretch your RP muscles when playing this class.

Let’s be honest… if you choose to play as a paladin, you’re choosing an overpowered class. They’re great at physical combat, can cast spells in a limited capacity, are loaded with divine features, come with built-in buffs, have the second highest hit dice of all the classes, naturally have high hit points, and can wear any armor in the game for a godly armor class. All those things combined makes for a seriously powerful character! You’ll be the MVP on any team, whether you choose to tank, heal, fight, or support.

Take the oath! Until next time, stay creepy and happy gaming.