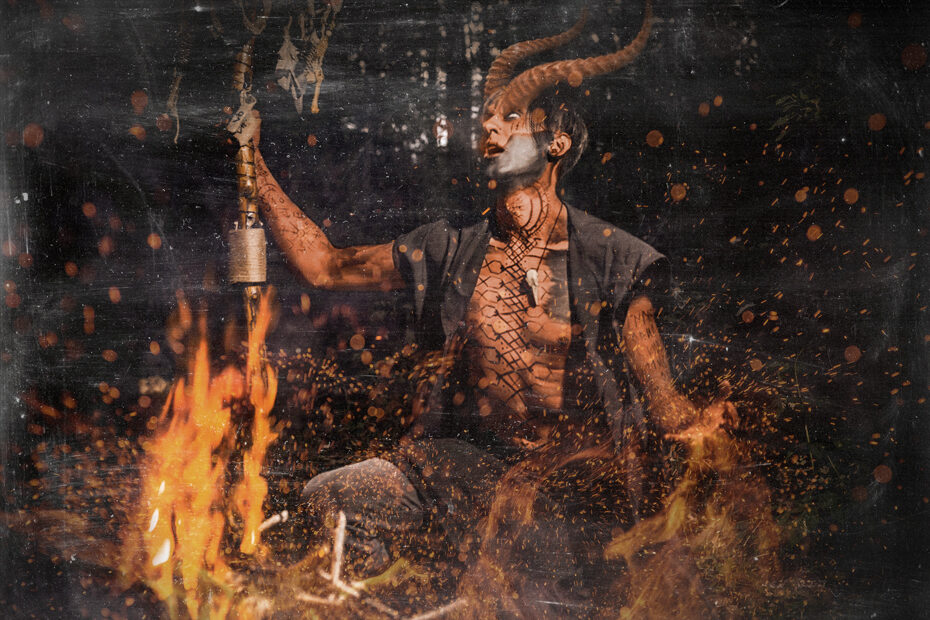 Have you always wanted to play a warlock character, but you’re concerned with the class’s limitations? Don’t worry! The warlock class’s benefits far outweigh a few missing spell slots. Here’s the top eight reasons to forge a pact with a powerful entity for your next campaign…

1. You’ve Got The Most Powerful Cantrip

Two words: Eldritch Blast. The warlock class and Eldritch Blast are synonymous for a reason. You literally shoot lasers at your enemies. It’s a ranged attack that deals force damage, which is pretty difficult to avoid. And the damage dealt grows as you gain levels, making it the most useful tool in your arsenal from levels 1-20. Not to mention your Eldritch Blast can be upgraded and given additional functionality as you advance in levels. Which brings me too…

Eldritch Invocations allow you to perfectly tailor your warlock to function how you want mechanically. You can modify your Eldritch Blasts with invocations like Agonizing Blast or Eldritch Spear. You can also cast certain spells at will, a great work-around for your limited spell slots. Warlocks learn a total of eight when you get into the higher levels, and they can be swapped out each time you level. Additionally, many Eldritch Invocations buff your Pact Boon features, which we’ll get into next.

3. A Special Present For Being A Good Minion

As a gift for loyal service, a warlock’s patron bestows upon them a powerful item that gives them additional features. Again, the Pact Boon just adds even more customization to your character. Are you a hack-and-slash type of player? Pact of the Blade. Do you like having a pet in your TTRPGs? Pact of the Chain. Looking for more magical options? Pact of the Tome. Want to be the go-to guy for skill checks? Pact of the Talisman. With the Pact Boon, you can build the warlock you want!

The biggest drawback for a warlock is the limited amount of spell slots and a 5th level spell cap. However, this just means you have to make the spells you do cast count! The warlock spell list boasts several class-specific spells that make a huge statement on the battlefield, such as Hellish Rebuke, Hex, and Hunger of Hadar. Since you don’t have the resources to waste magic, every spell has to be impactful. It takes a little planning and luck, but the payoff of your bold moves is worth it.

5. You Know The Value Of A Good Nap

Out of all the other casting classes, the warlock has the easiest time jumping back into action. It’s in the fine print of the rules that is often overlooked, but warlocks only require a short rest to regain their spell slots. While a wizard can do something similar using Arcane Recovery, the warlock’s short rest recovery is built right into their Pact Magic feature! So while all the other members of your party need a full night’s sleep to recover, you can take a power nap and be good to go!

6. You Still Get High-Level Spells

If you’re worried that you’ll miss out on high-level spells when playing a warlock, don’t! Your patron’s always got your back, delivering that forbidden knowledge from above your pay grade. With the Mystic Arcanum feature you have access to spells of 6th-9th level. Admittedly, you only gain one spell from each of the upper levels to be cast once per day. But having four high-level spells in your back pocket can really save you when your conventional methods fail.

This isn’t to say that warlocks are inherently evil or chaotic. There’s just something about the warlock class that just feels… taboo. You learn forbidden magic from a higher power that you forge a contract with. You don’t toil for hours in books like a wizard. You weren’t born lucky and talented like a sorcerer. You don’t worship and humbly serve a god like a cleric or paladin. You don’t draw from a strong connection to nature like a druid. You literally just made a good deal.

One of the best aspects of playing a warlock is that you are bound to an entity that your other party members (and oftentimes yourself) don’t fully understand. It creates great backstory opportunities, plot hooks, and narrative complications. However, at its core, the relationship is mutually beneficial to both you and your patron. It’s fun to work with your DM to determine the nature of your pact. Are you a bound servant? A sugar baby? A power-hungry maniac? The choice is yours!

Forge a pact! Until next time, stay creepy and happy gaming.