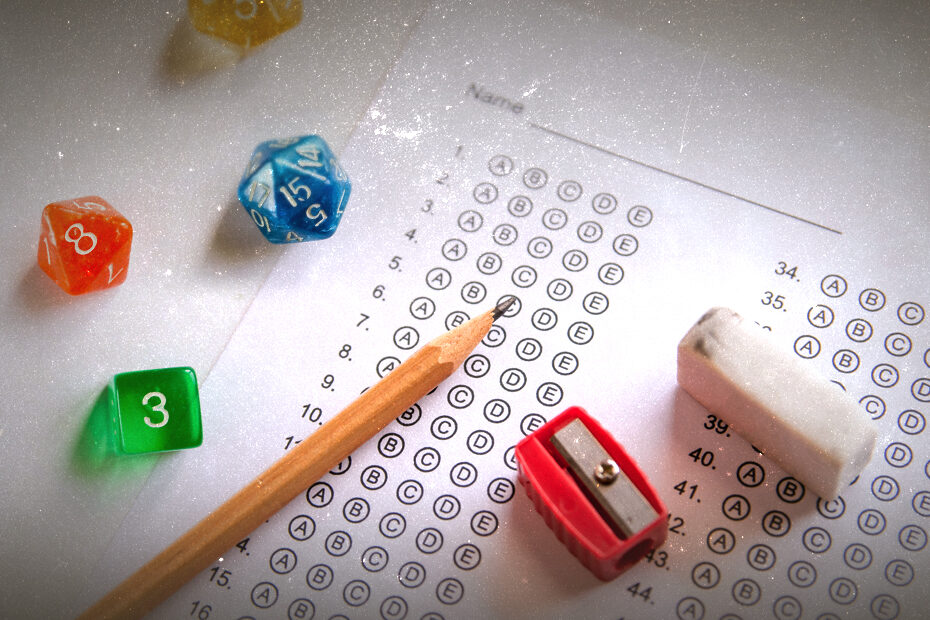 Do you ever struggle to get into character when you’re sitting down to play a tabletop roleplaying game? Are all of your characters just a reskinned version of your own personality? What if I told you that a ton of the work of exploring a character is already out there, for free, just waiting for you to utilize it? I’ve spent a lot of time (much more than I’d like to admit) deep diving into personality quizzes online. It clicked for me one day that these are an excellent resource for character roleplay!

It’s incredibly difficult to separate your own personality from a character’s that you are playing. Especially to make decisions for them that you would never make for yourself. This makes sense, because you’ve lived your whole life in your own skin. Most of us aren’t professional actors, so getting into character can be a challenge. This is even more difficult for a game master who has to jump from NPC to NPC and change their personality at the drop of a hat! Luckily, there’s an easy solution…

There is a wealth of material online hidden in the depths of personality quiz results! The beauty part of this is that you don’t even have to take the quizzes to get what you need (though, they’re a lot of fun). With just a quick skim you can pinpoint tons of personality traits, strengths, weaknesses, interests, career options, and figure out how your character would relate to others. I’ve included some of my favorite personality assessment tests later in this article to make it really easy for you to get started.

Once you’ve determined which test you’d like to use, you can delve into research mode. I’d recommend first skimming each personality type in the results and seeing which jumps out at you. Which ones do you think you could pull off, what you think would be most fun, etc. Take notes on the cornerstones of the personality type. Then, explore further into the more optional traits. Your notes can be as extensive or as simple as you’d like. The goal here is to give you a quick reference guide for the next step.

Now that you’ve selected your quiz and researched the results that interest you, you’re ready to craft your character’s personality. Look at your notes and select the aspects of the personality type that you’d like to play up the most. Figure out which traits would only present themselves in a certain situation. Another thing to think about is the other personalities at the table. Consider choosing the traits that compliment yet contrast the other players to make for more dynamic social gameplay.

Now, you’re ready to play! It’s a good idea to create a roleplaying “cheat sheet” for your personality quiz influenced character. This is extra important for the game master to have on hand as they juggle NPCs. Organize all the work you’ve done for a quick “at-a-glance” reference. A good ritual for getting into character is reading your cheat sheet before playing. That way the character’s personality is fresh in your mind when you sit down to play.

Now, on to the really fun part! These are my favorite personality assessment tests that I feel can be super accurate. There’s a lot of really great roleplaying material hidden in these results.

The 16 Personalities test is based on the Myers-Briggs Type Indicator® (MBTI®). To be honest, it’s my favorite example because of its accuracy. Each personality type is represented by an acronym based on the scores, such as “ENTJ”. They are also given a name that accurately describes them, like “The Commander”. With 16 in all, it allows you the most personality options out of all my recommendations. All the startlingly precise personality types are explained in detail here.

Though you might not have thought of it as a “personality quiz”, astrology is probably one of the most widespread personality assessment tests out there. It can be as simple as a sign based on your birthday, or as complicated as having your star charts done to reveal your sun, moon, and rising signs. Most people are familiar with the 12 signs, but not all the intricacies of each one. Here’s a great free online resource for the zodiac signs.

The original personality assessment tool! It’s based on the year a person was born as opposed to the day. It was developed well over 2000 years ago and is still holding strong! All of the signs are symbolized by animals, which can add another fun element into your characterization. Try pulling some of the actual animal’s characteristics or associations as inspiration for your character’s personality. Find more information about the Chinese Zodiac signs here.

This one simplifies the personality spectrum into just four colors. It’s a great resource for if you are short on time or are a GM trying to populate a world with NPCs without too much depth. Deciding whether a character’s personality is Orange, Blue, Green, or Gold is a quick way to infuse some perspective beyond your own experience. You can learn more about the four colors here.

Okay, so this one’s not a personality test in the traditional sense, but hear me out! The villagers in Animal Crossing are all categorized by type. These are Jocks, Uchi (Big Sister), Normal, Peppy, Lazy, Snooty, Cranky, and Smug. As a GM, this is a great source for quickly breathing life into your own village’s NPCs! Explore the villager types and their characteristics here.

Hope this was useful in your roleplaying endeavors! Until next time, stay creepy and happy gaming.